Welcome to the world of twelve-year-old Ian Stanley. Ever since he was born, he’s been able to communicate with ghosts. They don’t frighten him…they drive him absolutely crazy.

Ian is constantly surrounded by an obnoxious cast of ghosts: Xavier the Slicer, Sneaky Helga, Peter the Lecher, Frederick the Scorcher, and more. All murderers with an insane sense of humor and all bent on making Ian’s life absolutely miserable. 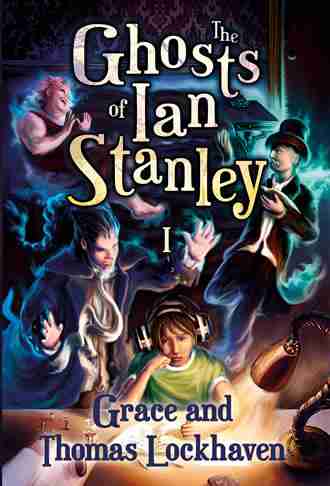 Ian simply wants to have a normal life like other children his age, but it’s impossible. The only person that will talk to him at school is Madison, and Ian has his suspicions she is only using him to learn more about the ghosts that surround him.

Then something happens that changes everything, Ian gets a tip from one of the ghosts that a murder is about to happen in his neighborhood. Should Ian believe the evil spirit? Is he sending him on a wild goose chase? What if he ignores the ghost, and someone actually dies?

Join Ian Stanley on his quest to live a normal life amidst a cast of ghosts determined to create as much mayhem and mischief as possible.