A charming Christmas cozy filled with murder and mischief…. You better watch out, sometimes Santa isn’t who you think he is.

Christmas has descended on Lana Cove. It should be a time of merriment, but in one swoop, a news broadcast changes everything….

Michael, an author, finds himself on the trail of a rogue Santa intent on ruining Christmas—and the lives of some residents. George is the usual Santa for Lana Cove, so who is the secretive newcomer, and why is he taking over all of George’s jobs? 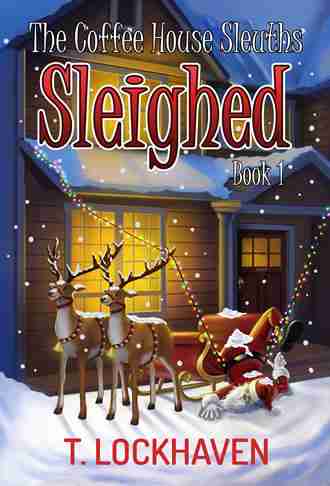 Along with his friends, Ellie and Olivia, Michael needs to find out what’s going on—before things get out of hand. But when a body is found, things take a sinister turn. Another bizarre bend in Michael’s investigative road is a mysterious stranger asking to meet him—alone.

Who killed the victim? Why have they gone to such lengths with a smoke-and-mirrors approach? And will Michael, Ellie, and Olivia catch the person responsible for creating so much unhappiness in the season that has turned into anything but jolly?

Get started on an exciting adventure today!