Excitement is in the air!

Famed Egyptian archeologist Hugo Sebastian has made the archeological find of the century and he’s starting the worldwide exhibition in Lana Cove. The only problem is…Hugo’s missing.

Michael West is loving his new life in the small, quaint beach town of Lana Cove, North Carolina. He’s settled into his daily routine, visiting his two best friends Olivia and Ellie—owners of the Bitter Sweet Café—writing his new best-selling mystery while nestled into his writer’s nook on the café’s outside deck with a view of the ocean and the boardwalk. Life couldn’t be better. Until….

Hugo, a larger than life, charismatic archeologist rolls into town with his world-famous Egyptian Mummy exhibit. Hugo captures Ellie’s eye with his good looks and fantastical tales of his adventures. Stoking Michael’s jealousy, he gives her VIP tickets to the premiere.

Hugo’s inner circle begins to crumble apart as his behavior becomes more impulsive and arrogant. Then a powerful journalist calls him a fraud and begins a campaign to destroy his reputation. In the midst of all of this drama, Hugo disappears, and is nowhere to be found. 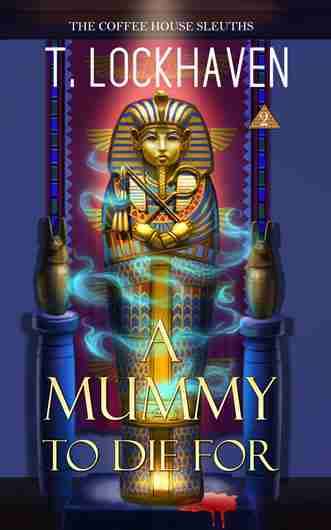 What happened to Hugo? Had he had enough of the bickering and in-fighting? The excitement escalates as the small group begins blaming each other for Hugo’s disappearance—the truth slowly begins to unravel, but is it the truth or another misdirection?

Follow along with Michael and his best friends, Ellie and Olivia, as these amateur sleuths work through the clues to solve this small-town mystery.

Get started on an exciting adventure today!