Grab a cup of coffee, relax and disappear into the cozy coastal town of Lana Cove.

Michael West’s new life in Lana Cove seems perfect, except for one little detail: He’s the prime suspect in a murder investigation.

He just purchased an amazing home facing the ocean in a small North Carolina town, and has finally won over the hearts of the locals. He befriended a beautiful woman named Ellie and her best friend Olivia, owners of the Bitter Sweet Café. And he is finally living his dream, writing his first mystery novel. His past life, his loveless marriage, his backbreaking corporate job, is now a distant memory. What could possibly go wrong?

A body is found in Michael’s backyard, and suddenly he’s the main suspect. His life is turned upside down. He left Boston to get away from the madness. Just as things begin to work themselves out, there’s another murder with all the clues leading back to Michael. His life is in chaos, the locals are turning against him, he’s a murder suspect, and now, he may lose the house of his dreams. 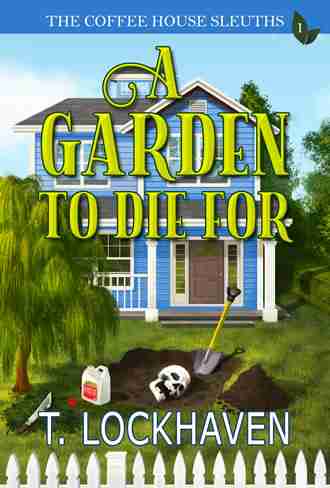 Can Michael along with his new friends, Ellie and Olivia, solve the murders and clear Michael’s name? Follow along as these amateur sleuths work through the clues to find the killer.

Based in a cozy beach town off the coast of North Carolina, A Garden to Die For is a fast-paced mystery filled with laughter, unfaltering friendship, murderous mayhem and an affable main character whose flaws and self-deprecation make him instantly likable. If you enjoy characters like Richard Castle, then you will enjoy the wit and charm of Michael West.